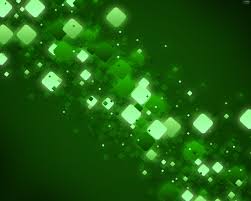 What’s so ordinary about Ordinary Time?

After the anticipation of Advent, the spectacle of Christmas, the revelation of Epiphany and the blessing of all those lights at Candlemas, isn’t ‘ordinary’ a bit of a let-down? Who wants to be ordinary?

It has to be said, in the current climate, ordinary seems appealing and far from us. We seem to be living through the ‘interesting times’ of the apocryphal curse, and it seems a long time since the pleasantly dull days when one could show up at work and find everyone sipping their coffee with nothing but village gossip to talk about. Oh, for a return to ordinary.

In the context of church seasons, however, it’s a misconception that ‘ordinary’ means ‘not unusual’ or ‘not special’. Ordinary time isn’t plain, or unexceptional. The word comes from the Latin ordinalis, which has to do with putting things in the right order. Ticking the weeks off one by one. Numbering them, or naming them, so that you know where you are. When you put things in a numbered series – first, second, third, etc. – those are called ordinal numbers (in the linguistic use of the term, not the same thing as the set theory usage). Ordinal, ordo, and the Ordinary (bishop or office holder) all come from ordinalis, and they are all about either putting things in order, or arranging them in sequence.

The really big slab of ordinary time comes after the Easter season – more than twenty weeks leading back to Advent when the church year starts all over again. But this little slip of ordinary time between Candlemas and Lent, which can be as short as a week, doesn’t have to be insignificant.* You might be quite glad for something low key, to catch your breath before the next big thing – after all, endless feasts lose their sparkle if there is nothing to contrast them with. But even if they are quiet and unremarkable, that doesn’t mean the days don’t count for anything. It just means we count them as they happen.

*There is debate in some quarters as to whether Ordinary Time starts right after Epiphany, or after Candlemas. In the UK, it was always my habit to take the decorations down at Epiphany. But now I live in a part of the world that is regularly under snow for a good while after Christmas, I am much in favor of remaining in celebratory mode for as long as possible.